In Dolores, the Municipal Code establishes terms of office as follows: 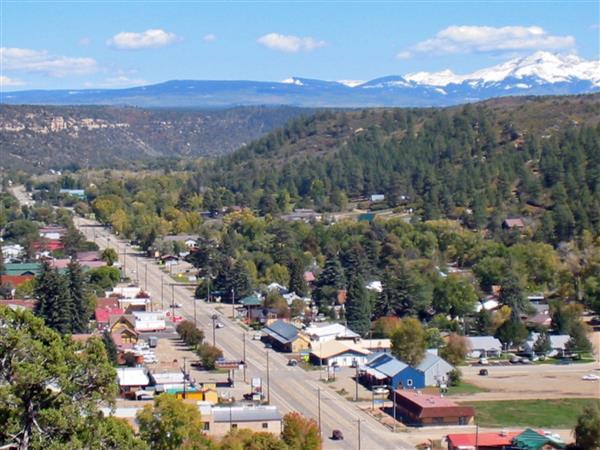 2.04.020 Filling of vacancies.
The board of trustees shall have power, by appointment, to fill all vacancies in the board or in any other elected office, and the person so appointed shall hold office until the next regular election and until his successor is elected and qualified. If the board has not appointed a successor or called an election within sixty days of the creation of the vacancy, then it must order an election as soon as practicable to fill the vacancy. If the term of the person creating the vacancy was to extend beyond the next regular election, the person elected to fill the vacancy shall be elected for the unexpired term. Where a vacancy or vacancies exist in the office of trustee and a successor or successors are to be elected at the next election to fill the unexpired term or terms, the three candidates for trustee receiving the highest number of votes shall be elected to four-year terms and the candidate or candidates receiving the next highest number of votes, in descending order, shall be elected to fill the unexpired term or terms. (Ord. 462, 2005: Ord. 354, 1989)

Can serve, if elected, as a Trustee for 2 additional four year terms.

Eligible for a four-year Trustee term* or run for Mayor

Eligible for a four-year Trustee terms* or run for Mayor

Eligible, if elected, for a four-year Trustee term
or run for Mayor

At the general election on November 8, 1994, Colorado voters approved an amendment to the Colorado Constitution establishing term limits for municipal elected officials. Referred to as Amendment 17, the citizen-initiated constitutional amendment placed statewide term limits on every local elected official in Colorado. The provisions of Amendment 17 relating to local officials are codified in Section 11 of Article XVIII of the Constitution.

Excerpt from Article XVIII of the Colorado Constitution

Section 11. Elected government officials - limitation on terms. (1) In order to broaden the opportunities for public service and to assure that elected officials of governments are responsive to the citizens of those governments, no nonjudicial elected official of any county, city and county, city, town, school district, service authority, or any other political subdivision of the State of Colorado, no member of the state board of education, and no elected member of the governing board of a state institution of higher education shall serve more than two consecutive terms in office, except that with respect to terms of office which are two years or shorter in duration, no such elected official shall serve more than three consecutive terms in office. This limitation on the number of terms shall apply to terms of office beginning on or after January 1, 1995. For purposes of this Section 11, terms are considered consecutive unless they are at least four years apart.